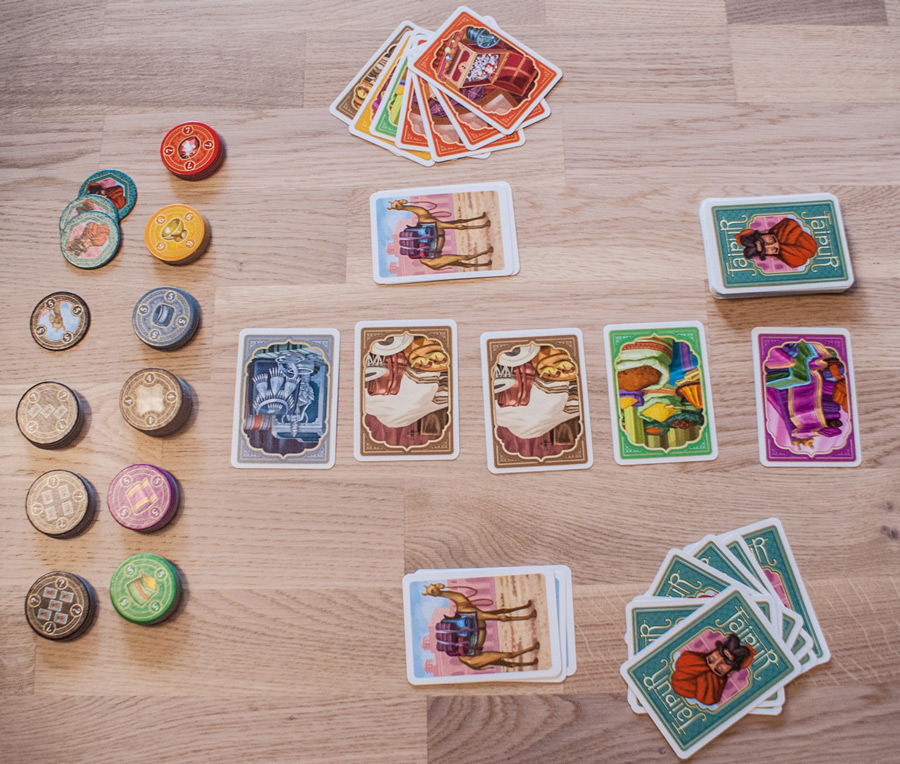 As summer approaches board game enthusiasts around the world are dreaming of playing their favorite games on vacation. Playing analog games is a great way to spend time with family, friends, or to connect with total strangers. Whether you are at the seaside, backpacking in a foreign country, or off-the-grid in a mountain cabin, there’s always a suitable game. In this series we take a look at the top 5 games your fellow board game enthusiasts love to bring on vacation. Today we are going to look at the top 5 by @theBeardgamer from Norway!

“For my 5 suggestions, I tried to pick games that are not only small enough to carry around, but that are also easy to explain and fast to play. It makes it easier to explain games to non-gamers and also give you more opportunities to get a quick game in throughout your vacation. All these games can be played in less than 30 minutes including the short explanation.” 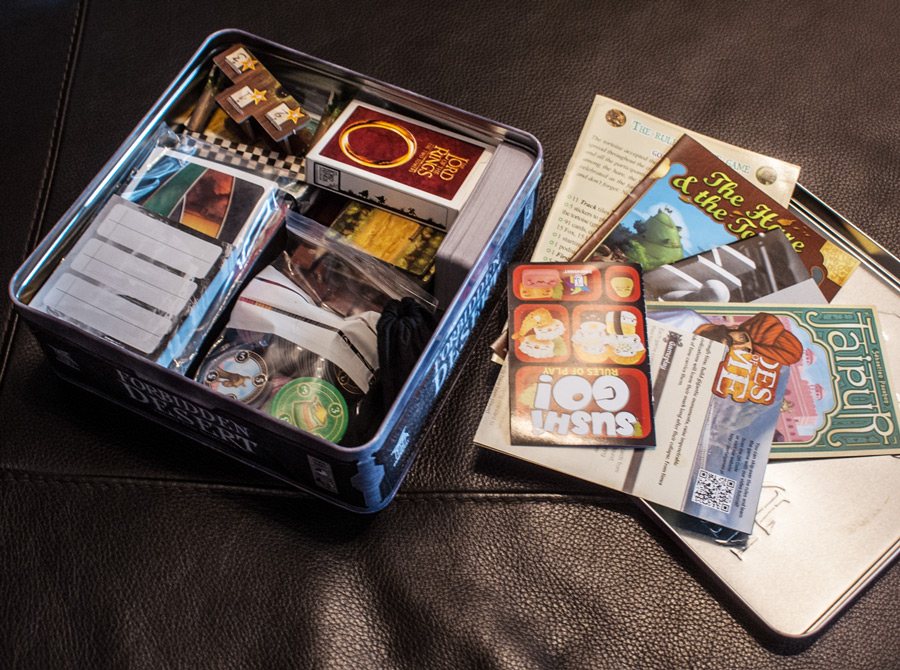 game. This takes 10 minutes of preparation before the trip, but vacation should be about relaxing and not about worrying that I might damage a game box. There is even room for a standard deck of cards.” 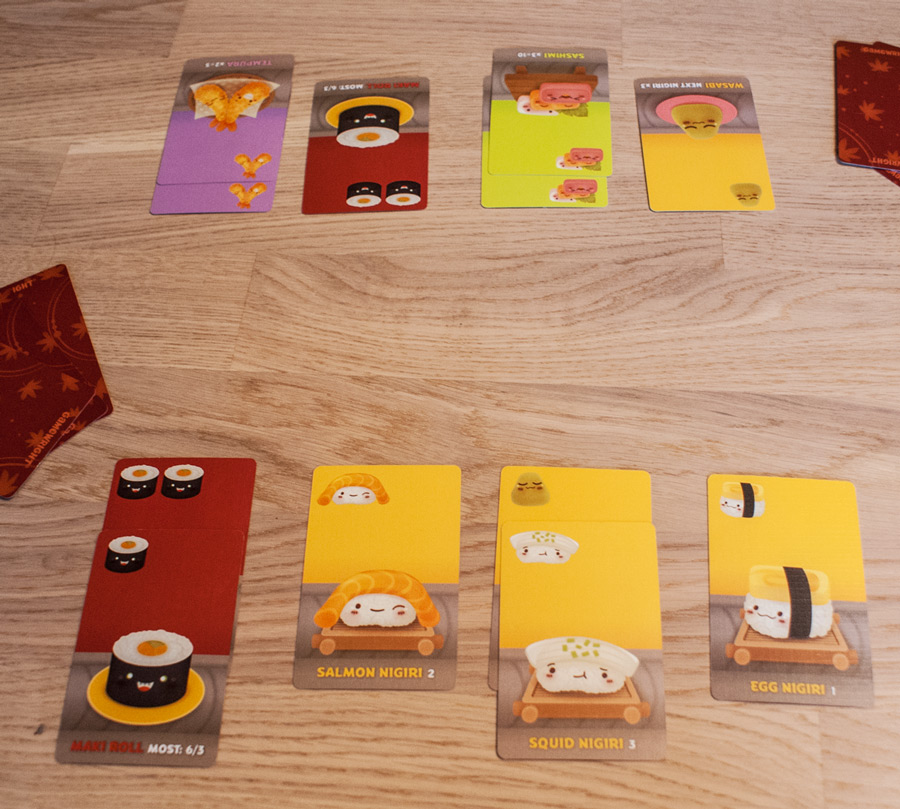 5. Sushi Go! (Phil Walker-Harding, 2013)
“My wife and I both love card drafting games, so I had to include one on this list. 7 Wonders Duel

was covered by Tessa already, so I went with Sushi Go!

instead. You and up to 4 other players try to collect certain sets and combinations of sushi, while making sure you don’t give your opponents the cards they want so they can score big. The artwork from the Gamewright version is adorable and this version comes in a tin box, so it can survive a rough trip in your luggage without extra protection if you only want to bring this game.” 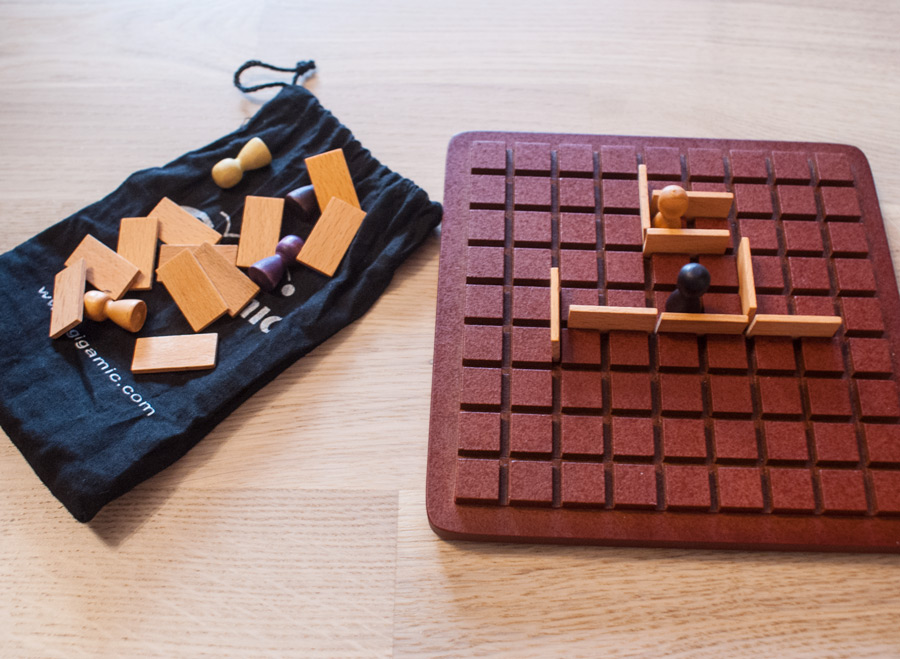 is one of my favorites. My wife is not as big a fan as me however, so taking it on trips is the easiest way to find opponents to challenge. In the game, you try to get your pawn as fast as possible to the other side of the board while trying to block your opponent from doing the same by building walls in his path. It’s best played with 2, but there are rules to play with 4 as well.”

is a 2 player set collection game where you have to make difficult decisions almost every turn. As in most set collection games, bigger sets give bigger rewards, but in Jaipur the first few trades give a lot more points than the later ones. So you want to grab those first few rewards as fast as possible, but you also want to hold out and wait for a big set. There is a hand limit of 7 cards, but cards aren’t discarded. They can only be traded with a central market and then be picked up by your opponent. Balancing all of this successfully is harder than you might think at first view.” 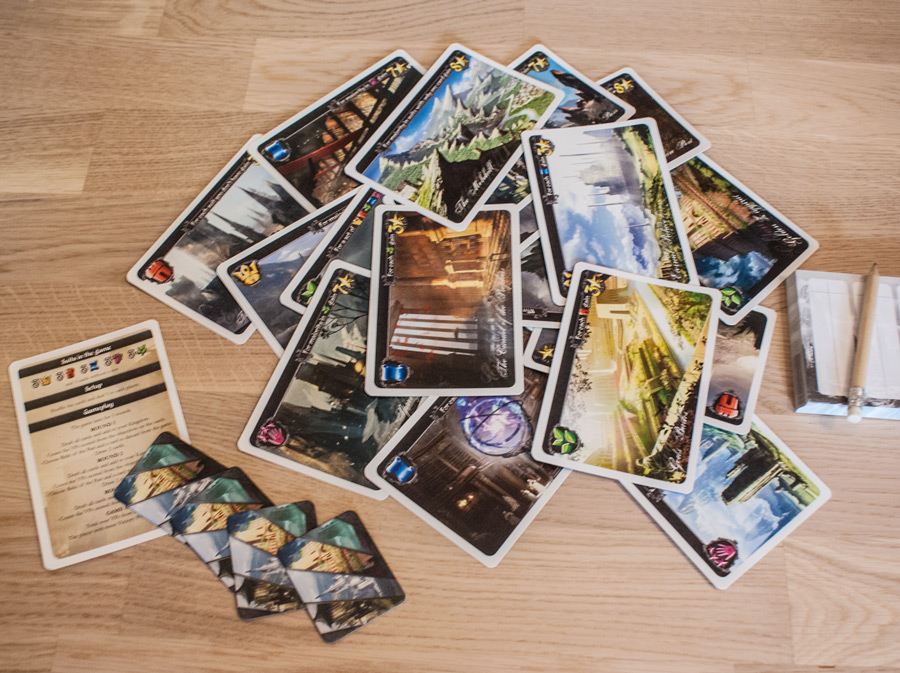 2. Tides of Time (Kristian Čurla, 2015)
“If you have enough trouble as it is to close that suitcase and you think you can’t possibly find space for a game in there, do not fret. Tides of Time

is a microgame and 18 cards are all you really need to play this. There are a few tokens and a notepad as well, but you can easily play the game without when you keep track of the score in your head or your phone. You’ll get better at the game the more you play it, as you get to know the cards better. That’s great for a holiday though, where you might play the same game multiple times over a few days, especially considering how fast it plays. The game is for 2 players only and for those that are into Lovecraftian lore, it might be worth noting a new game from the same designer recently came out called Tides of Madness that plays similarly.” 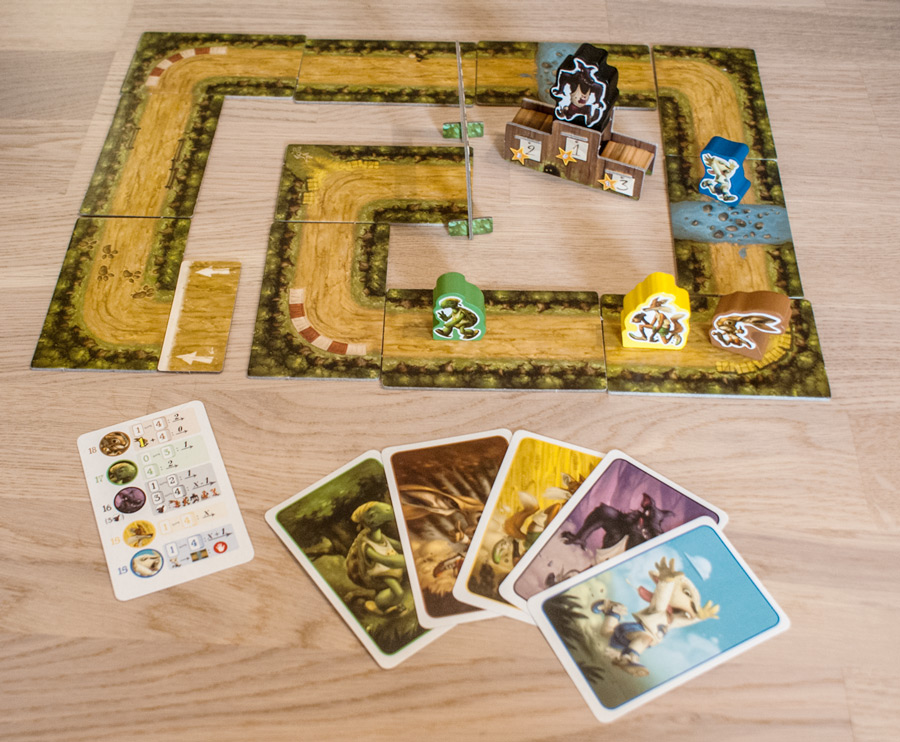 on the list has a few more components than my other entries, but it still isn’t that big. Especially when you leave the little podium and finish line banner at home. Both are just decorative and therefore unnecessary for gameplay. In this fun, quick game for 2 to 5 players, you bet on which fairytale animal will win the race, and afterwards the actual race takes place and you try to help your predictions come true with the cards you have in your hand. All the animals have their own unique movements, so the game is not pure luck and you can try to outsmart your opponents a tiny bit.” 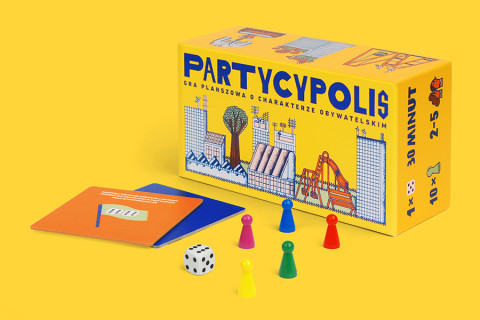 Educational game with a civic spirit 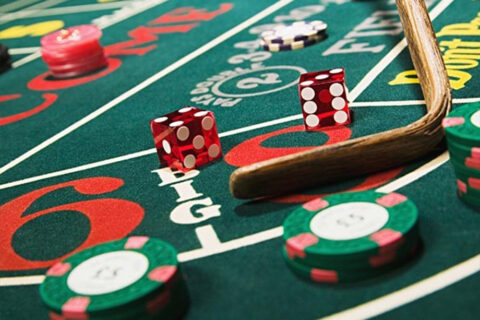 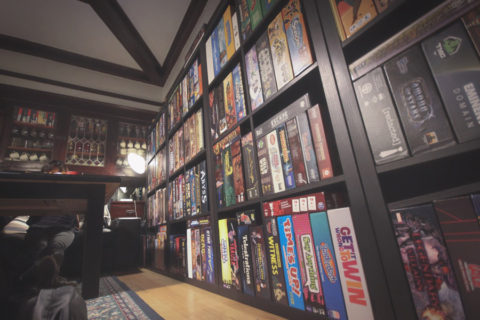