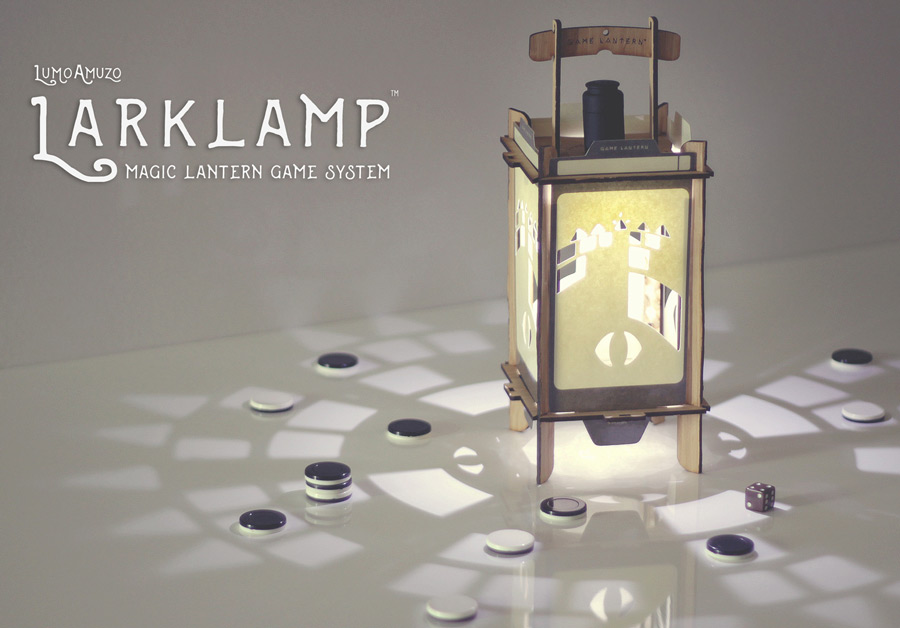 My name is P. D. Warne. For over fifteen years I made videogames at Lucas, Double Fine, Hololabs, and Ubisoft studios. In 2015 I set out to create my own titles under the Lumo Amuzo label. 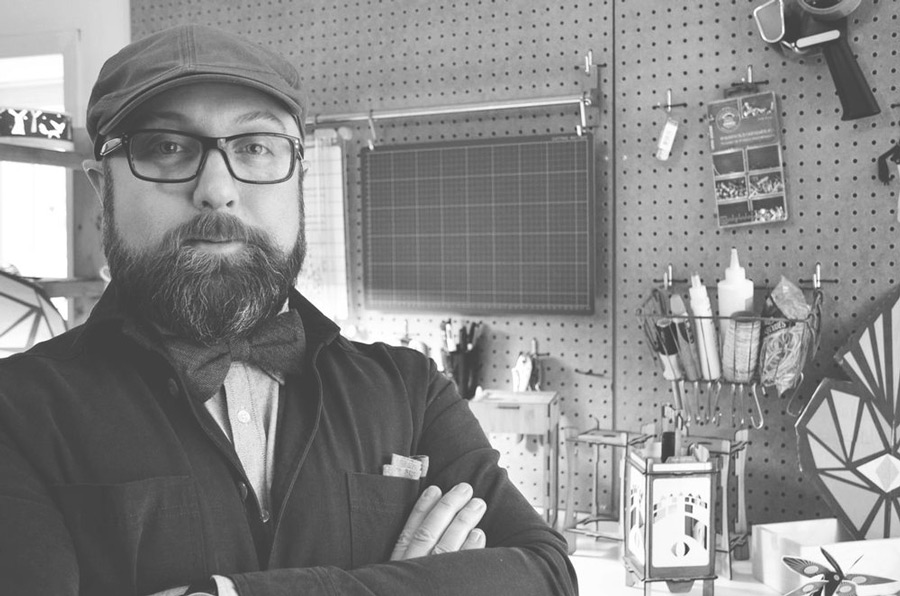 Although my experience had been in the digital realm, the games I began designing craved the social and physical features of analog play. So I invented a new system for these games to be played on—an “ancient game console” that mechanically could have existed a thousand years ago in hopes that it might conceivably still be played 150 years from now. This tabletop game system is called the Larklamp Game Lantern. 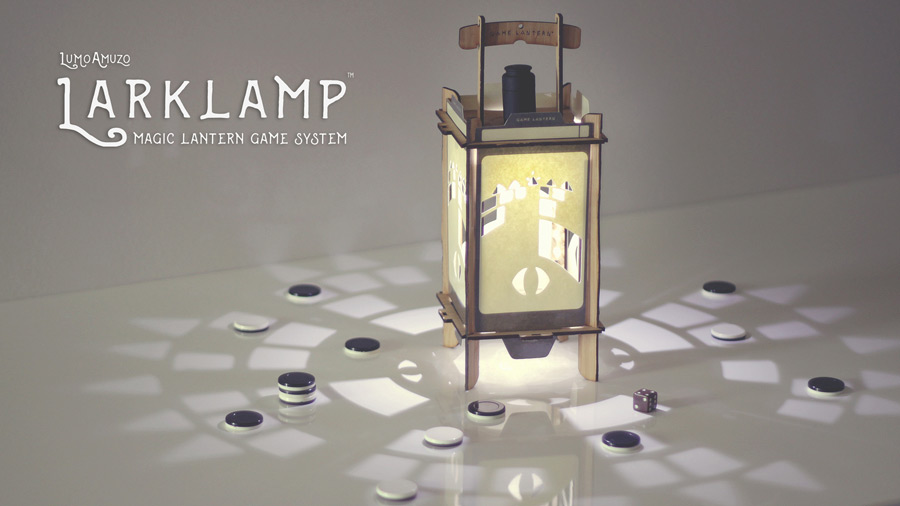 The Larklamp Game Lantern is a wooden lantern that stands about ten inches tall. Game boards made of shadow and light are cast from patterns cut into the lantern’s removable side-panels.

Like cartridges in a videogame console, different games can then be loaded into the Larklamp by switching out the lantern’s panels. 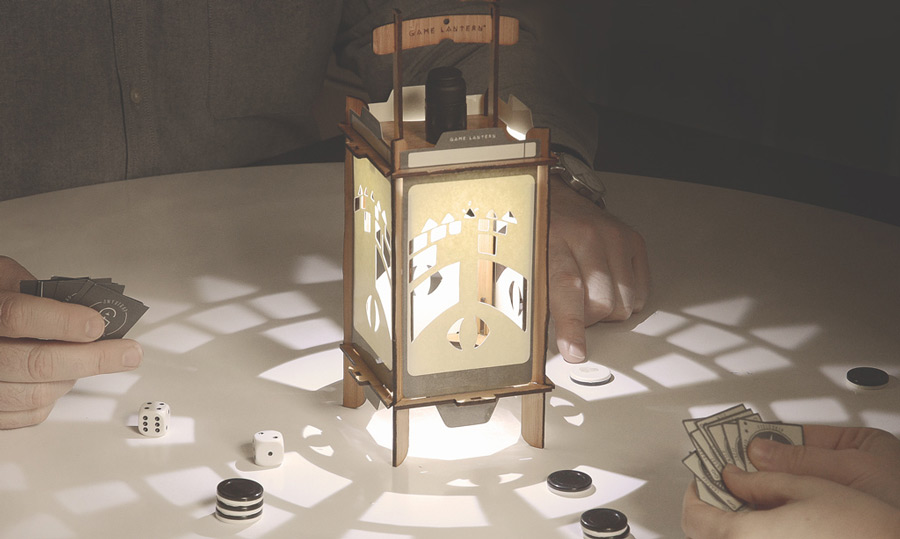 A variety of new games will be developed and released every year for the Larklamp, and they will be available for purchase online at the Lumo Amuzo website. These games will all feature unique play mechanics which take advantage of the Larklamp’s distinct ability to “project” game boards made of shadows and light. 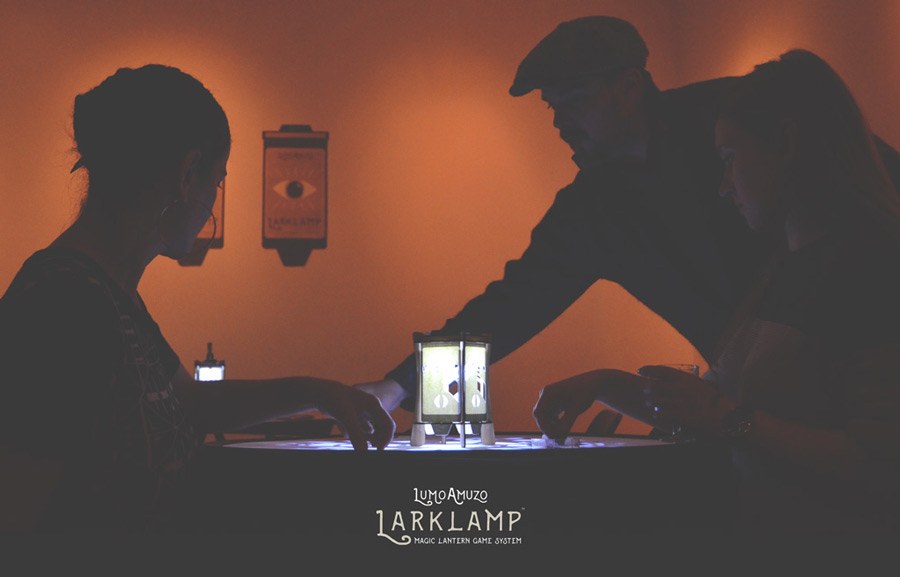 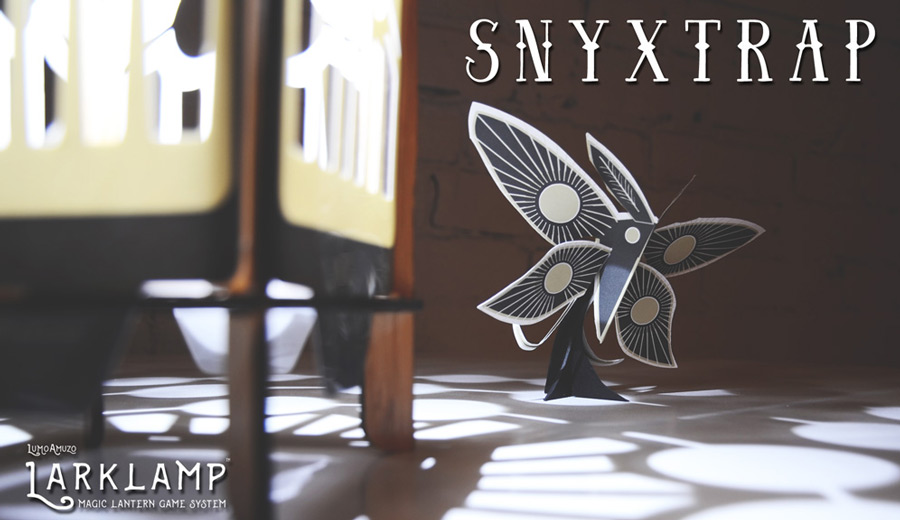 The first game that will be available for the Larklamp is called Snyxtrap.

Snyx are mischievous faerie from the ethereal realm of the Shadowfay, and one has gotten loose inside your home! Maneuvering on a board cast entirely of shadow and light, you play your hand of magical lures and traps against the other snyx hunters to be the first to capture the pesky snyx. 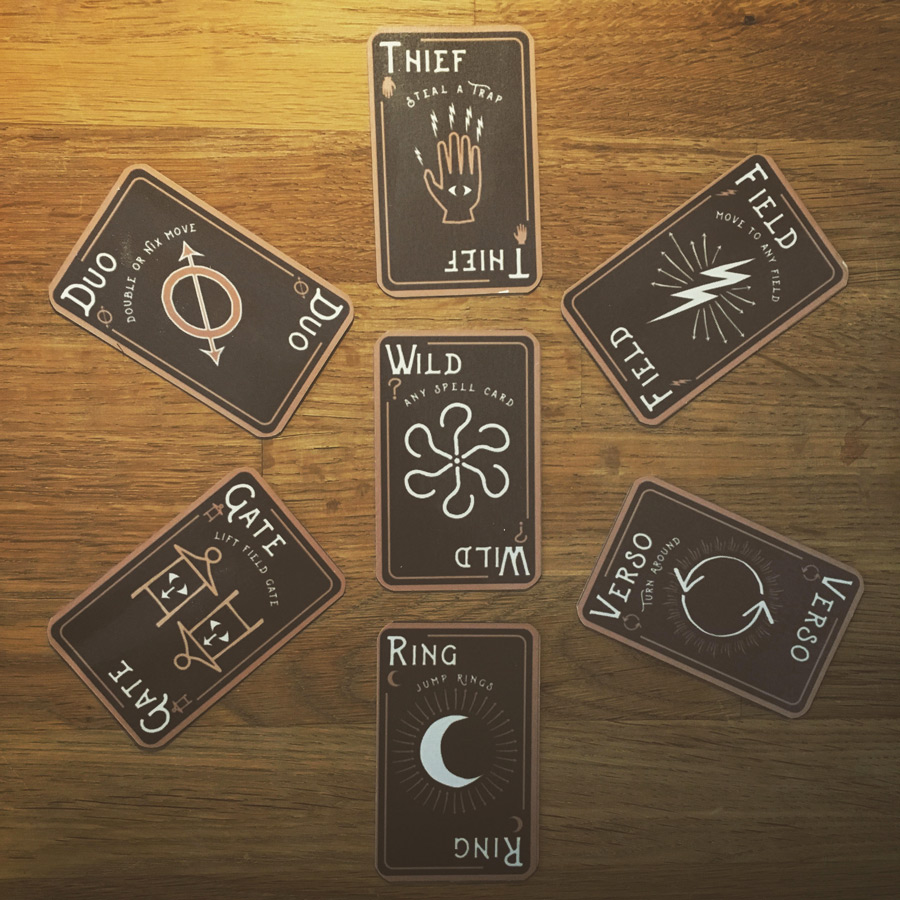 Snyxtrap is an all-ages game (5+) for 2-4 players that is a mixture of a little luck, a little strategy, and a lot of magic. It usually takes about ten minutes to play a game, and you can watch an early gameplay video here:

Note the Gate spell played around the four minute mark in the above video—the game mechanic around this spell is at the heart of both Snyxtrap and the Larklamp. You will notice how the spell uses the shadows and light of the lantern to dynamically transform and scale the light board to the player’s advantage. Each title I am creating for the Larklamp will feature unique game mechanics only possible through the shadow and light features of the game lantern. 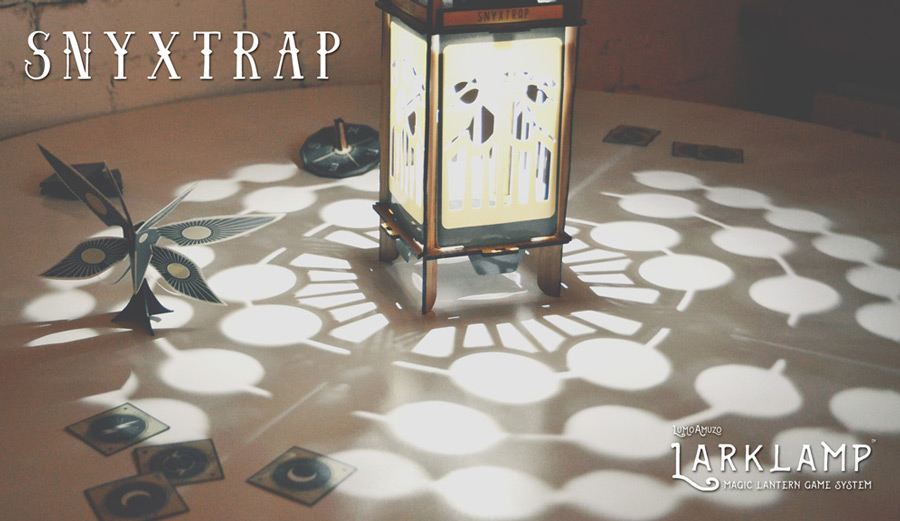 The initial spark of the idea for the Larklamp came to me in a dream. While re-watching the movie Spirited Away

I fell asleep on my couch and dreamed about the characters and setting of the film, which all take place in the spirit world and centers around a magical bath house for weary spirits.

In the dream I was an impoverished spirit visiting this Bath House, which is owned and operated by a powerful witch named Yubaba

. I had no money to pay for their services, so I offered to build Yubaba a new game in exchange for my stay. She agreed, but on the condition that she enjoyed the game I was to create. I was given a small workspace down in the Bath House’s boiler room. Exploring the building, and observing the other spirit guests, I became inspired to use the lanterns I found around the Bath House to create Yubaba’s game. 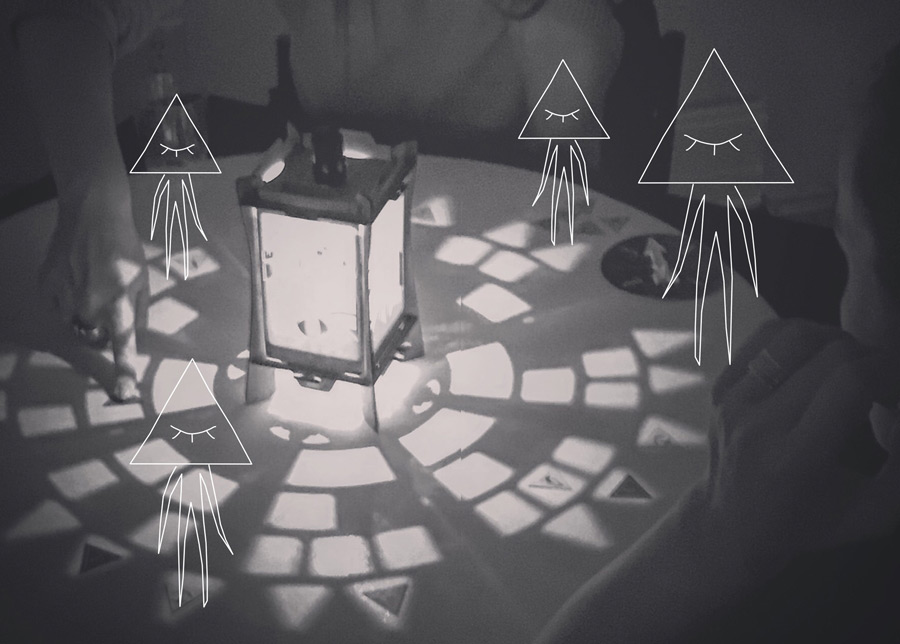 When I presented the completed game lantern to Yubaba she was initially enchanted, but then she became furious to discover it featured cooperative gameplay. As the witch was about to transform me into a small reptile, we heard laughter and cheers from the floors below. These sounds were coming from the Bath House guests who were playing my lantern games. What made her paying guests happy made Yubaba happy, so she accepted my game as payment and commanded that I was to receive the Bath House’s most prestigious treatment as my reward.

But before I could receive this amazing treatment I awoke on the couch with the movie credits rolling, and with nothing more than a stiff neck. I do believe that witch tricked me in the end! However I did end up with the initial idea for the Larklamp.

Moving from Digital to Analog

I hope to one day solve how to safely remove the need for the LED light—the only electronic component of the current system. I have tried various candle sources, but nothing works quite as well (or as safe) just yet. However I am giving myself twenty years to solve that design aspect. 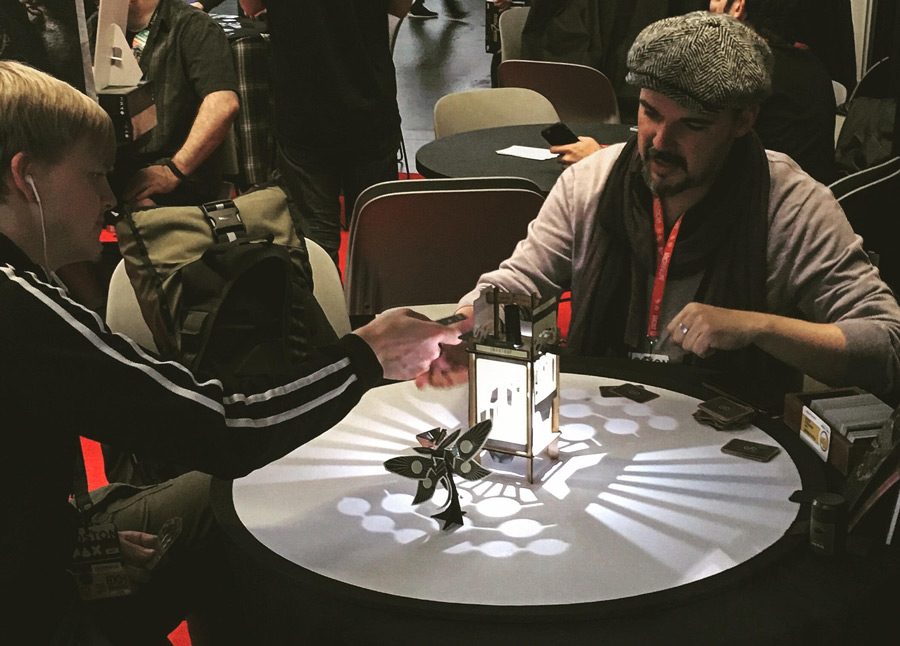 This different quality of time has been one of the most appealing discoveries in having moved from digital to analog game design. There are videogames I helped create only ten years ago that are now difficult, if not impossible, to show to, and play with, my children. So I am sincere when I say I want to make this a “forwards-compatible” game system that my great-great-grandchildren may one day play.

After fifteen years of designing for the electronics entertainment industry, it is refreshing (and challenging) to take a design approach less reliant on the need for planned-obsolescence, or that is so influenced by the commercial force of Murphy’s Law. 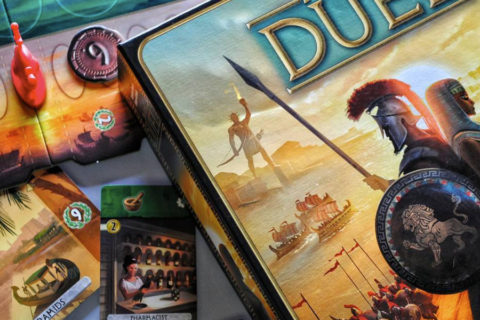 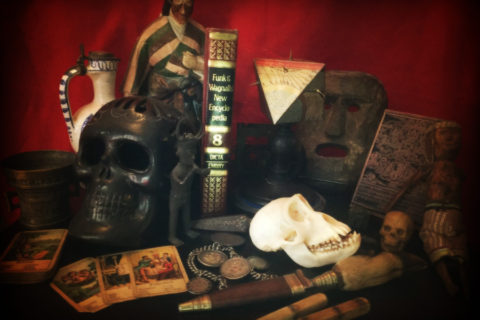 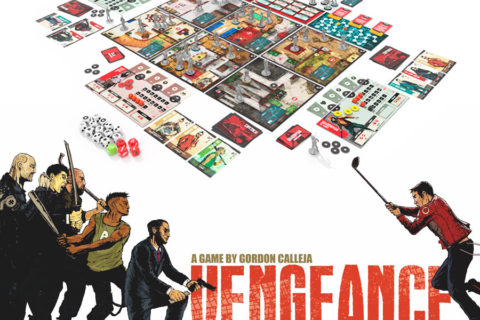 What a beautiful concept! Want!

This is fantastic! Have you considered using a glass-sheathed light, such as this (https://d1wwyfhxuarwk4.cloudfront.net/images/products/common/corporate/thumb/59741_glass-cylinder576e01bbca2d3effa77464f07b4627e2.jpg), for a candlelight source?