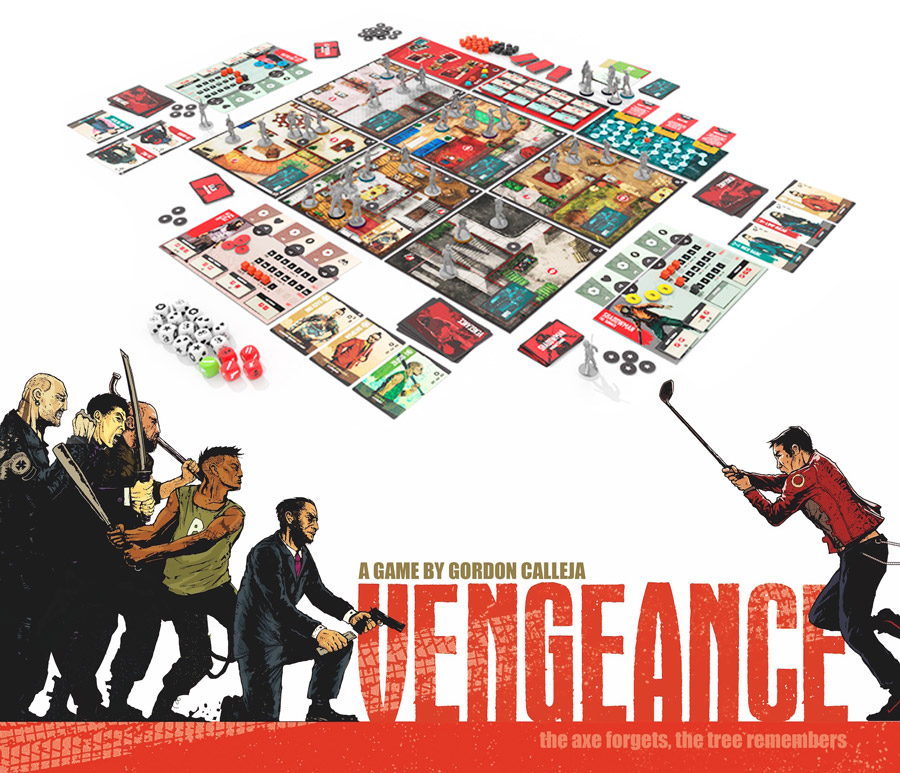 Dear lovers of all things analog, this is Gordon Calleja, the designer of Vengeance, currently on Kickstarter and last year’s Posthuman. I’m based in Malta and split my time between making games (board and digital) and my day job, which is researching and lecturing about games. Yep, a pretty gamey life! In this article I’ll talk a bit about the process of making the game, giving readers a behind-the-scenes look at different iterations of the game. Due to the length of this article I’ll be focusing on major changes and how they came about. It helps if readers look at Rahdo or Undead Viking’s videos that describe the game or read the rules over on the game’s Kickstarter page.

Like all ideas for games I’ve made so far, the idea for Vengeance came to me suddenly and possessed me utterly until I got it out on paper. I’m a big fan of revenge movies and realized there’s no board game dedicated to the subject specifically. I immediately came up with an idea for one of the game’s core mechanics: you play a character that’s been wronged and have some choice in how bashed you are. The more bashed you are the more victory points (or vengeance points) you will gain if you manage to exact your revenge, but the harder it will be to pull it off since you’re maimed. I quickly had a vision of how the art style should look like. Now I am a firm believer in the co-dependence of mechanics and art. I don’t see the latter as something you slap on at the end of the process but an integral part of the image that forms in players’ minds when they engage with the physical props that make up the game and the rules that animate them. This also meant that I couldn’t pitch the game to publishers since that would take away control from the way the game would end up looking.

And so started a three-month hunt for an artist. I trawled Art Station, Deviant Art and contacted artist agencies. Finally I locked down three artists and did trials. When I opened Axel Torvenius’ first image I was blown away. It was exactly the character I had in my mind when I wrote up the brief for him. This guy was Daed-Shi, one of the bosses in the game. There was no doubt in my mind, Torvenius was the perfect artist for Vengeance.

Vengeance was initially going to be structured in three separate phases: The Wronging, The Montage and The Fight. Internal testing immediately showed this to be a terrible idea. The game was too fixed and rather flat. After a fair bit of wrestling it shifted to having one Wronging (where heroes get beaten up and form their overall strategy for attaining VPs) turn and then players decide whether to go out and seek vengeance through Fight turns, or stay in, heal, train and recon gang dens. This was the structure of the game for many months of testing. It had three main problems. First of all players tended to always do Montage in the first turn or two, so that felt a bit redundant. It also meant that players that did montage turns would be watching others fight which was more exciting. Finally, the biggest problem was that the game could go for 90 minutes or drag on for over 3 hours when players were more cautious. This was a massive problem. Me and the developer, David Chircop, bashed our heads against this one for months. We tried all sorts of tweaks that, for the most part, improved and streamlined the game, and game length results from play-testers improved, yet we had one group that was still clocking 3.5 hours on average. In the end it became obvious that we had to control the arc of the game. It couldn’t be as organic as I had wished it would be. Dave highlighted this, I sulked. He highlighted it again. I sulked some more, while knowing he was right. So we changed it and the game fell into place. Having said that, I still receive death threats from testers for having changed it and making it and accusing me of pandering to “those f!*!!n£ p($$* noob testers”. 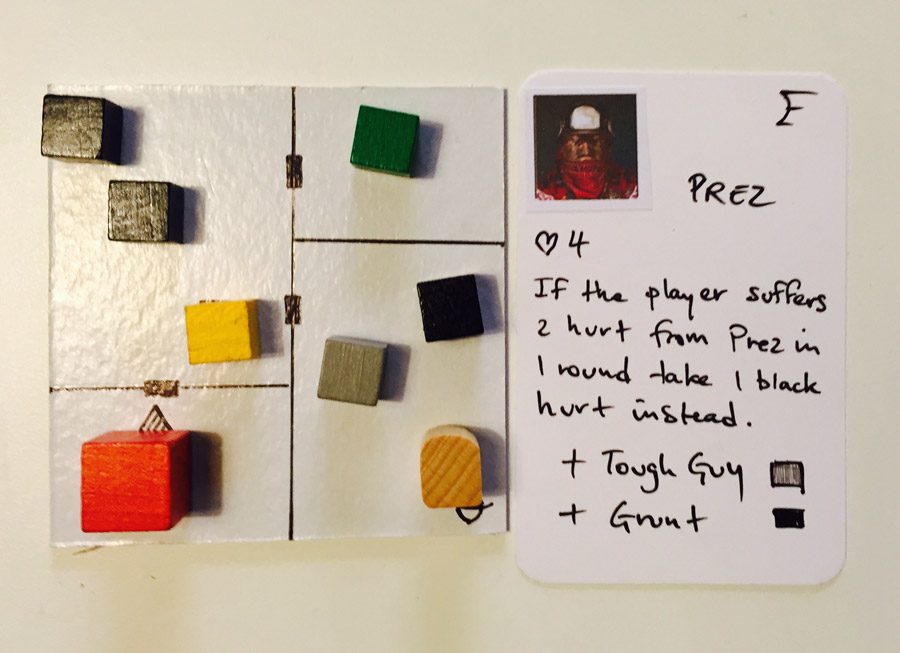 The next big change came with the Montage turn. One problem that some groups reported was that there was too much randomness in the game. The Montage turn used to consist solely of dice drafting. Each hero rolled up to 5 Mind dice each into a common pool, then each player drafted one in order of speed. I wasn’t happy with the Montage turn throughout. It worked, it was fun, but it just didn’t sit right overall. It needed to be more tactical. So I passed it on to Dave and asked him to give it a re-design. He came back with a great system that is close to what is in the game now: players would select the actions they would take from a set of cards and randomness was eliminated. This was a bit too predictable though, so I decided to combine the two and give heroes different montage cards to give them more character. The resulting system balances tactical choice with an element of randomness that creates a different economy of possible actions with every round. Just what I was aiming for! 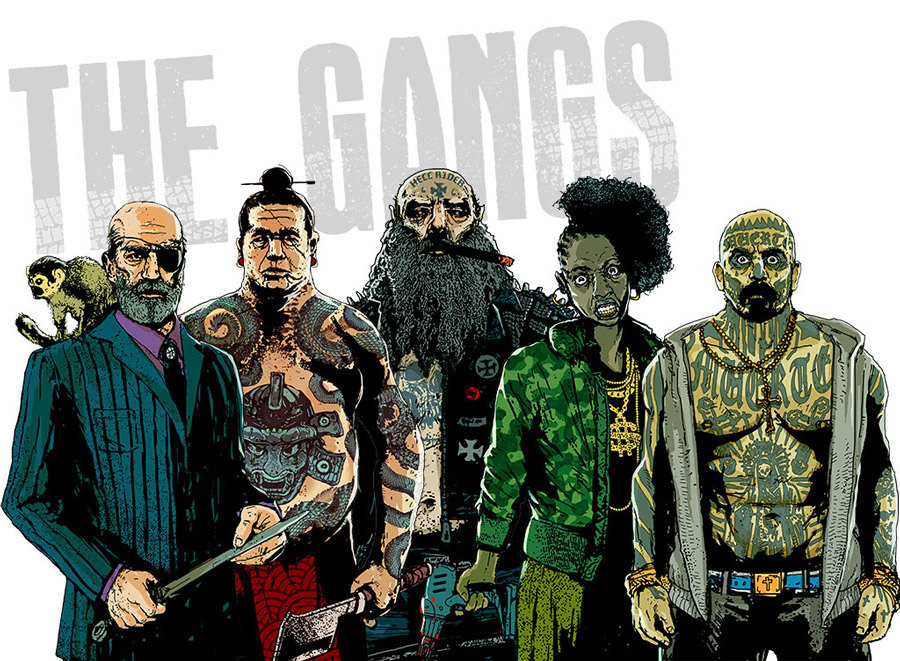 This brought the game close to what it is now. Once we deployed this version to testers it was obvious we had nailed the overall structure of the game. That left testing and balancing. But the Kickstarter was approaching fast so we needed to test possible game elements that would go into stretch goals, and, more importantly, streamlining the hell out of the game. There were a lot of rules that added strategic elements to the game which testers liked a lot but lighter gamers felt involved too much forward planning and strategic thinking. Normally I wouldn’t find this being a problem, but in the case of Vengeance I really wanted to make the game accessible to a wider audience than my previous design, Posthuman. I also wanted to retain the fast and furious action-feel of the revenge movies it was meaning to adapt. So the scalpel came out and Vengeance was trimmed to as slick a system as we could manage without dumbing it down too much. The result has been received very positively by testers and reviewers alike. 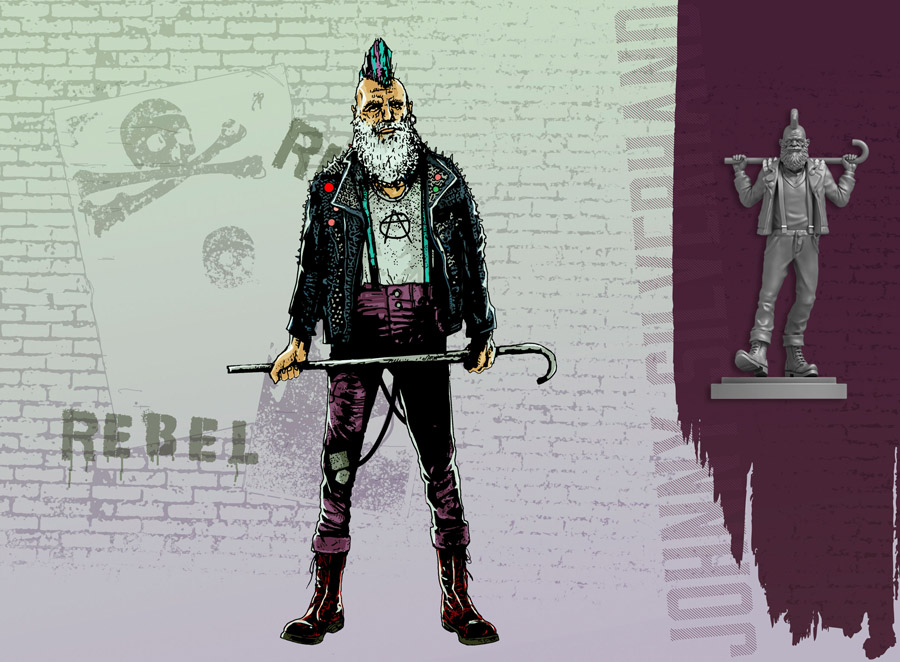 There’s a lot more testing and tweaking to be done of course. Kickstarters and their exciting ladder of stretch goals present a massive design challenge, especially to more streamlined systems, so it’s impossible to have a perfectly balanced system before you enter a Kickstarter if any of the stretch goals have functional elements, which in most likelihood they do.

Anyway, I could write a novella on the process, but I hope I’ve given you some insight into some of the major milestones in the design process. Head on over to the game’s Kickstarter page to check it out. 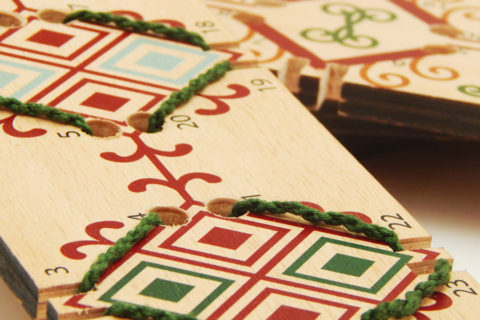 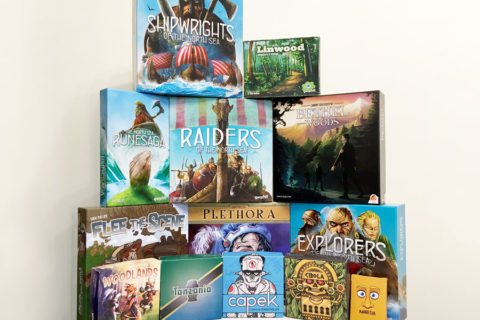