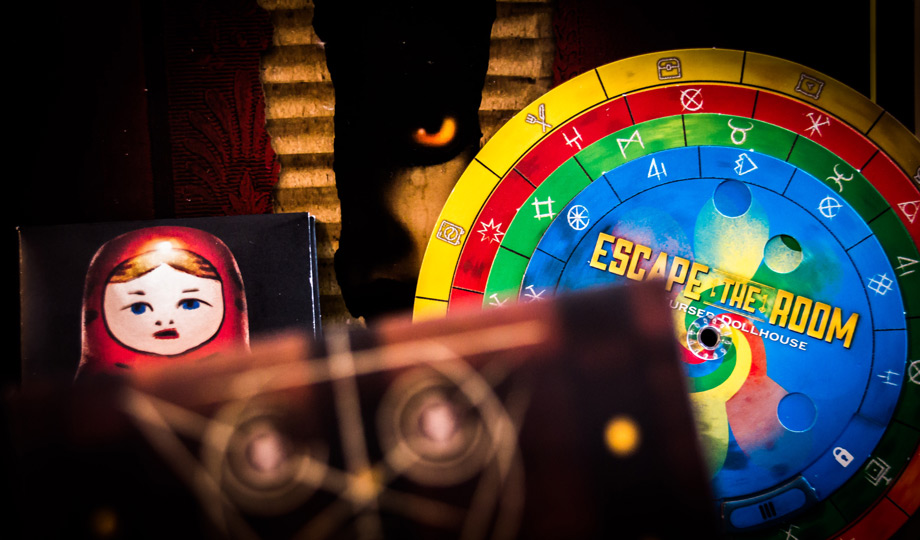 a) I will not describe any of the riddles or the solutions.

b) All of the images included are of items you see when you open the box and set up the game.

One might argue that showing components that are handled during set up can give away some information about the game. If you feel that way, I’d suggest not reading this review. 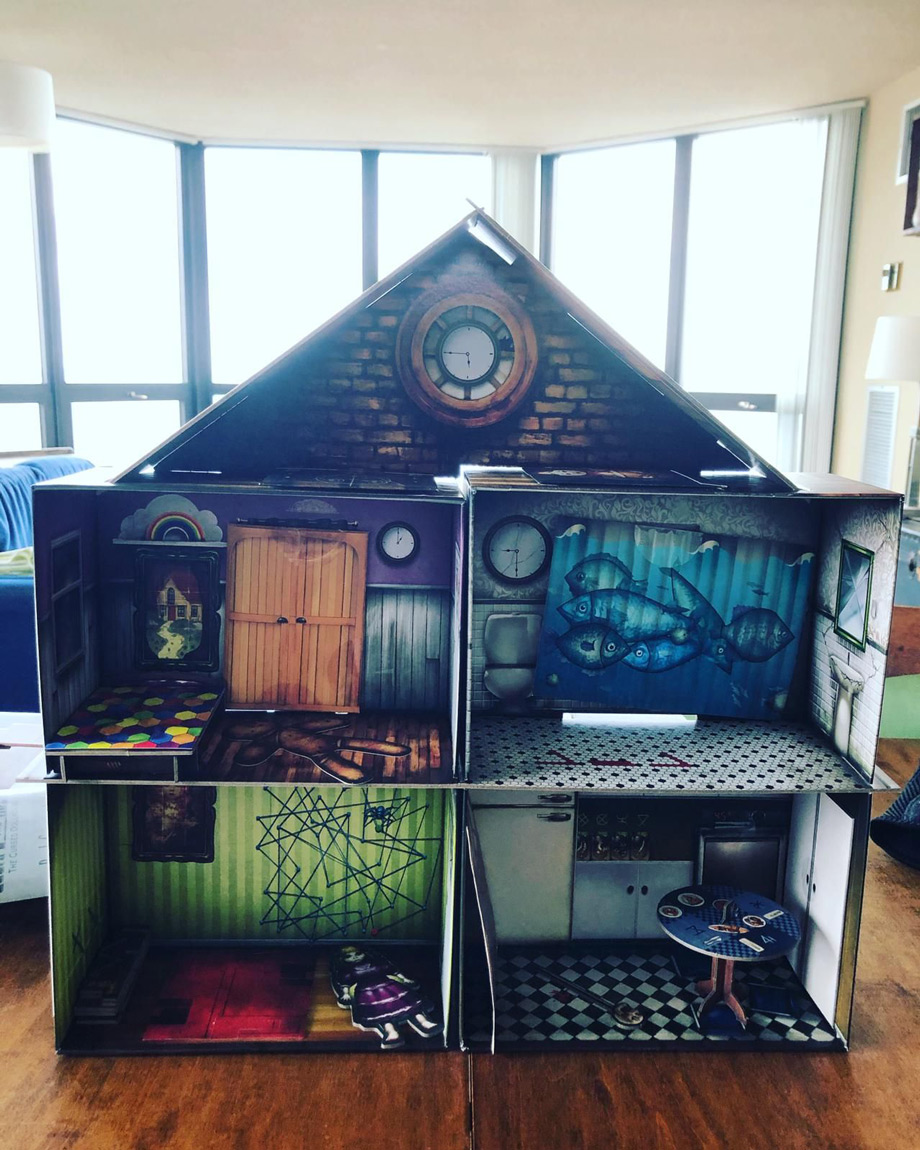 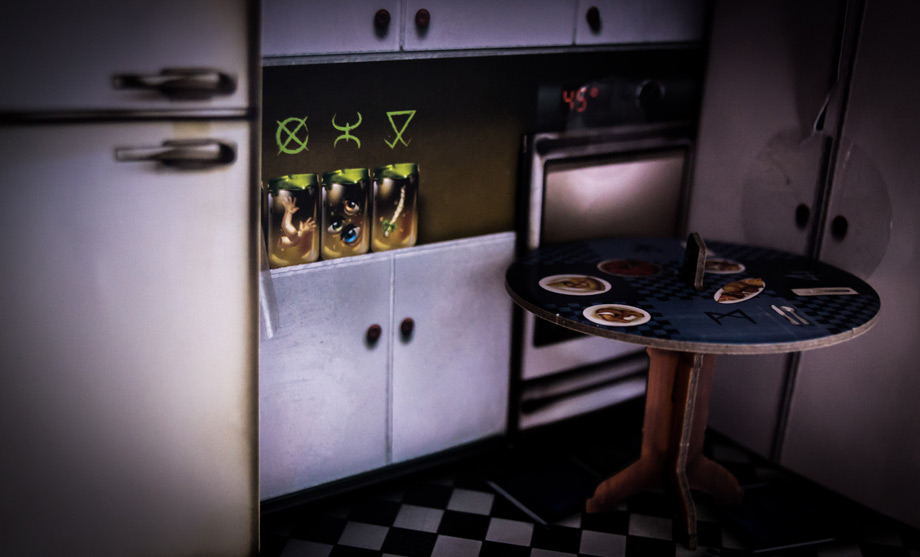 Setup was quick and easy, it took under 5 minutes to get the house ready for play. It also did not give away too much information regarding what will come later in the game.

As for appearance, this game is an eye candy. The 3D dollhouse looks extremely neat and it is much more exciting as an escape room compared to a deck of cards, e.g., Unlock.

ThinkFun are aiming to release the game around October and just in time for Halloween, and I can see it working well for a spooky date night. 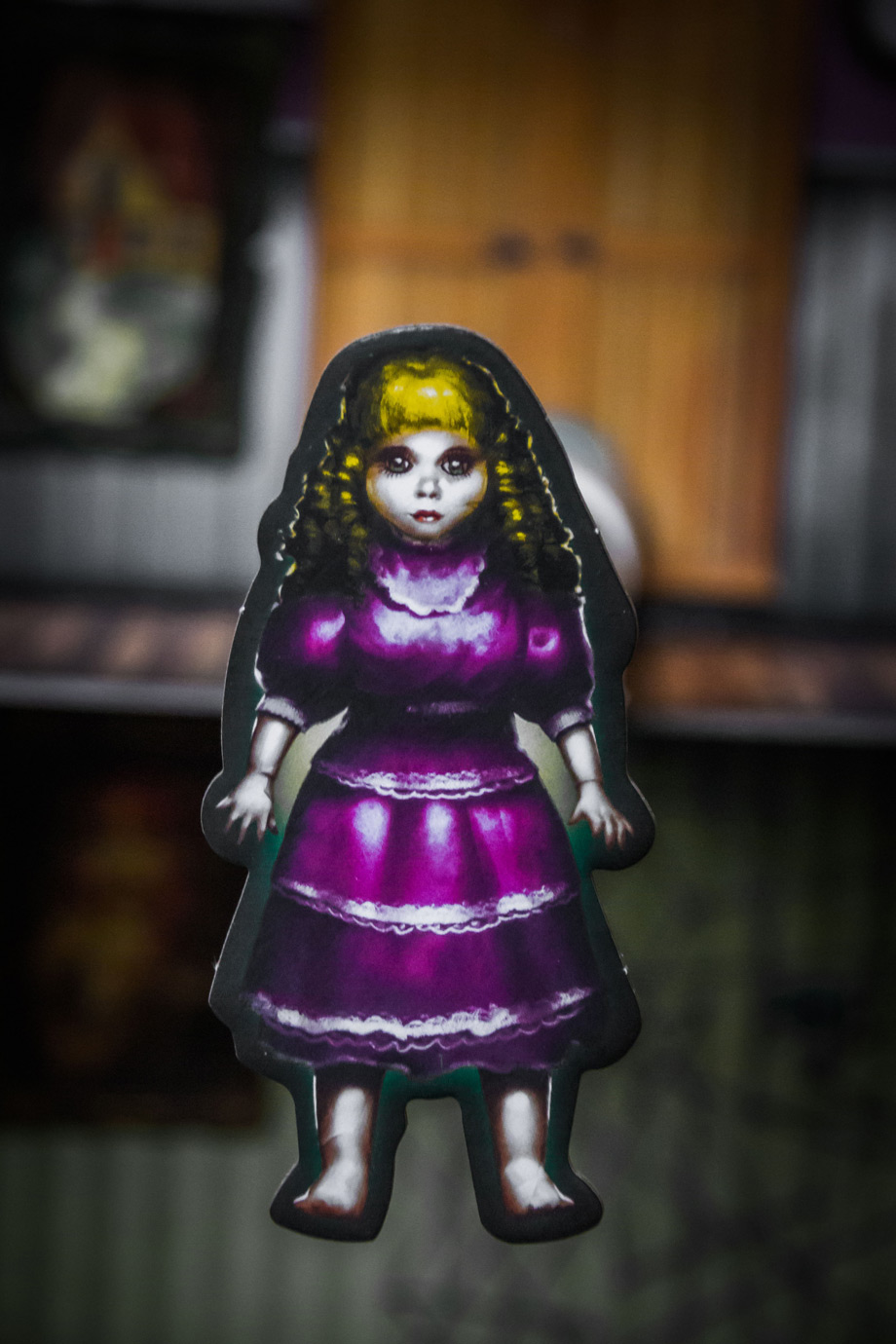 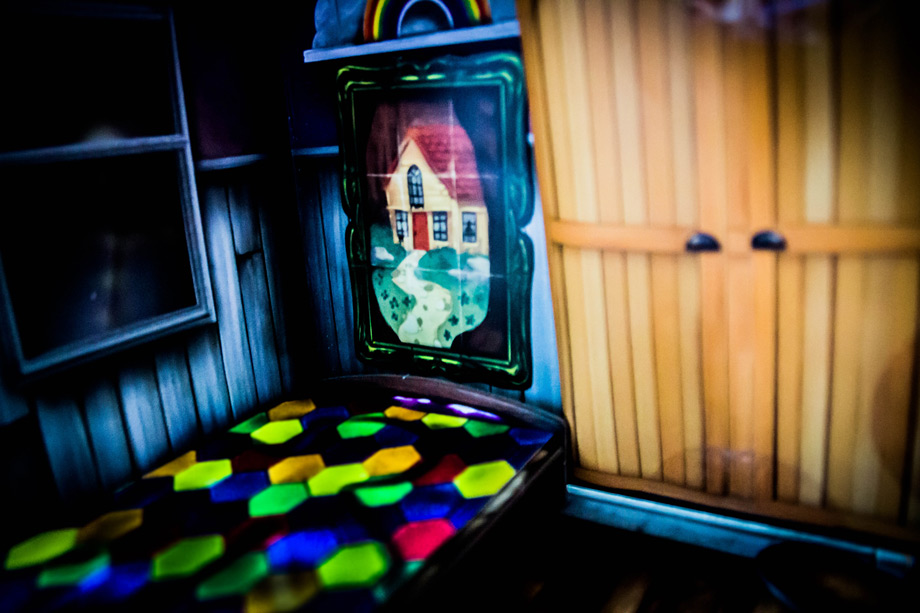 Duration and number of players:

The box and manual stated that the game should take about 2:30 hours. We played a 2P game, and it took us a bit over 3 hours. We did use few hints (about 2-3) so those probably saved us about 20 minutes in total.

The game is advertised as 1-4 players, but I do not think it is realistic to play with 4. At most I will play it with 3 players, but for me the sweet spot was 2.

It is hard to see the rooms from every seat at the table. Even with two players, there were times I just took a picture with my phone to look at the room. I just did not want to lean over and obscure the view for the other player. It is a dollhouse so there was not enough room for the both players to look inside.

There isn’t enough to do to occupy four players. If I remember correctly, at most there were only 3 parallel riddles, i.e., 3 different things you could work on in order to solve something. So even if each player works on something, someone will be left without much to do so someone needs to be OK not being involved in every riddle.

And if you are like me and want to work on riddles together, there is a limit to how many people can just sit and work on the same riddle (either because only one player can do something with it, or because it is hard to see what is going on with too many people around the table. For example (again not really a spoiler but better safe), fiddling with an object. 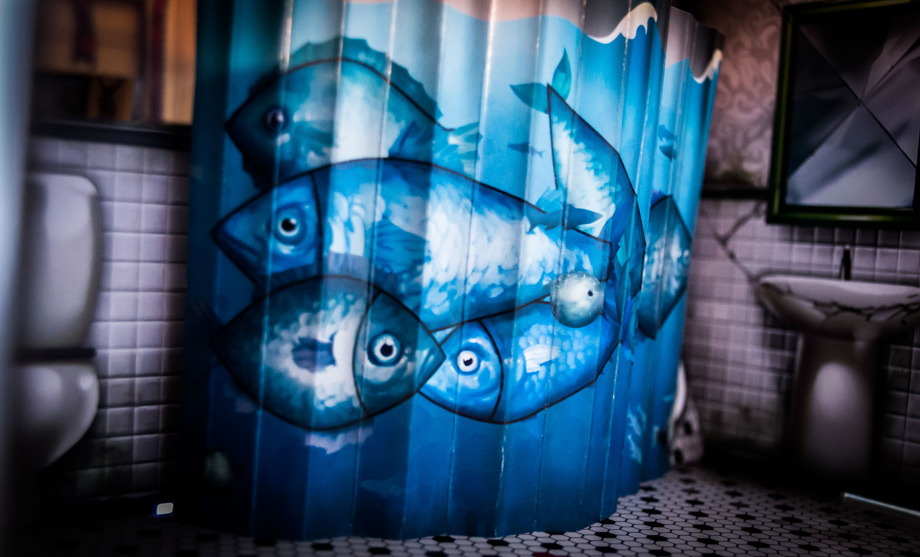 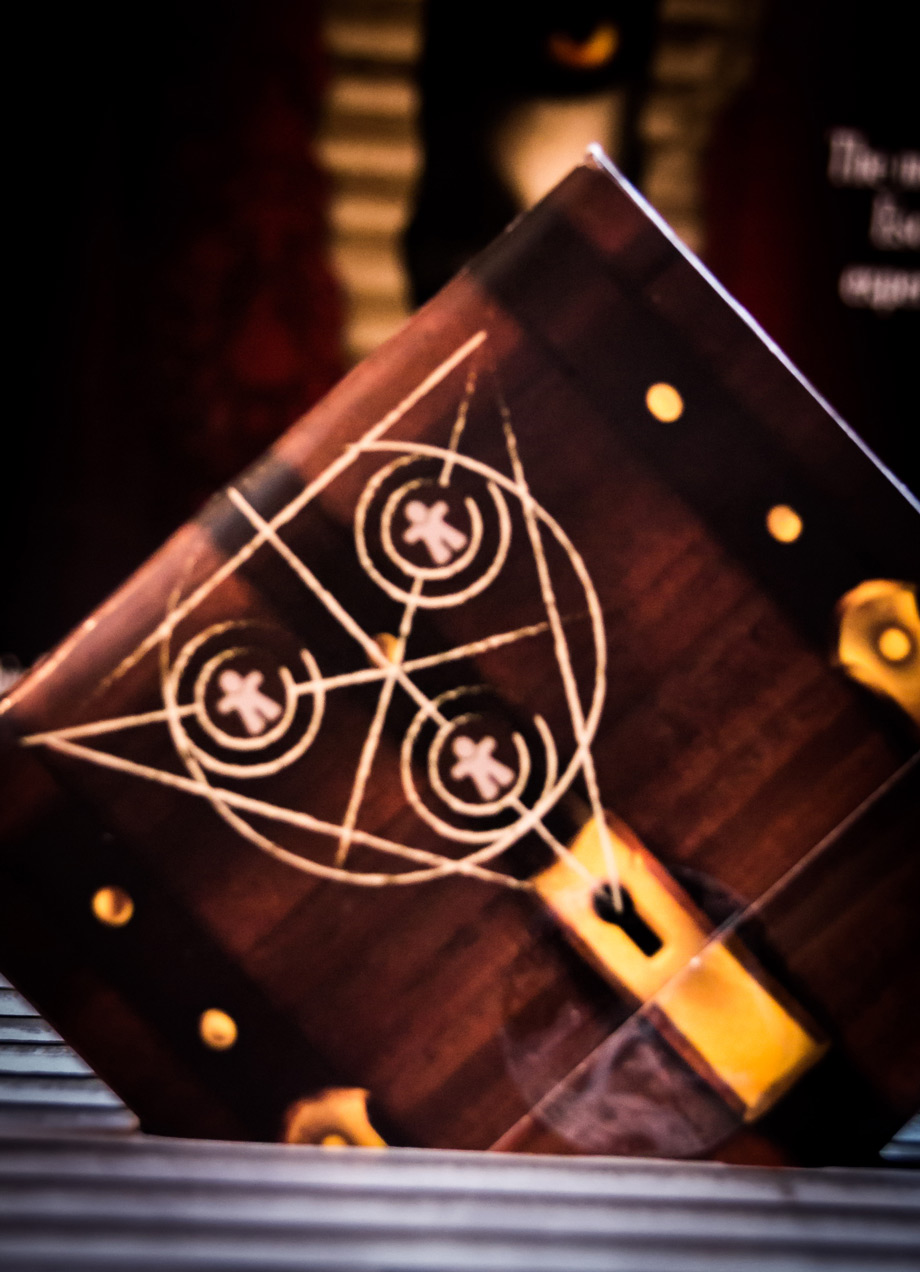 It is an escape room and once you play it you can’t really play it again. Unlike EXIT games your game will survive the play (so you can let other groups play it, or even sell it on the 2nd hand market).

The main issue with reusing/selling the game for multiple plays is the strength of the glue. Many things are held with some stickers and weak glue. For example, items that touch the house. The glue and stickers do not cause any damage when removed, but they also do not retain their adhesiveness after being removed the first time that well. While it does not makes any difference for game play, (no difference if something is glued to a wall or lean on a wall), it take a bit from the initial “WOW that looks so neat”, just because you have some items that are no longer stay in place. 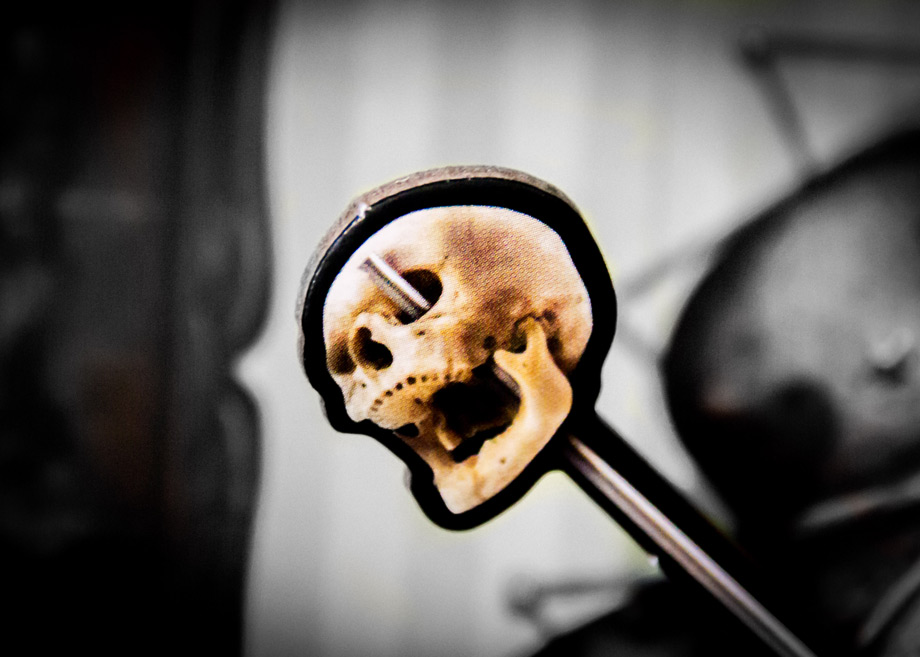 The game is appropriately titled and from the moment you start unfolding the pieces the theme of “creepy dollhouse” shines through, and while I cannot speak for a younger audience, I personally found the theme to be the right amount of creepy/spooky. While the theme is rooted in horror traditions, there’s nothing explicitly “scary” and even though some of the art might be a bit unsettling for kids.

All riddles were on theme which helped the game be more immersive (art was spooky, riddles were in the spirit of the house).

Without going into any details I think the riddles had a good mix of difficulty from easy to hard, and only few were a bit frustrating. If you played the other escape rooms from ThinkFun, I think the Escape the Room: Secret of Dr. Gravely’s Retreat is a good indicator of what to expect in a sense of difficulty.

There were definitely some riddles I have never seen before in an escape the room game, and it was very neat to solve them. 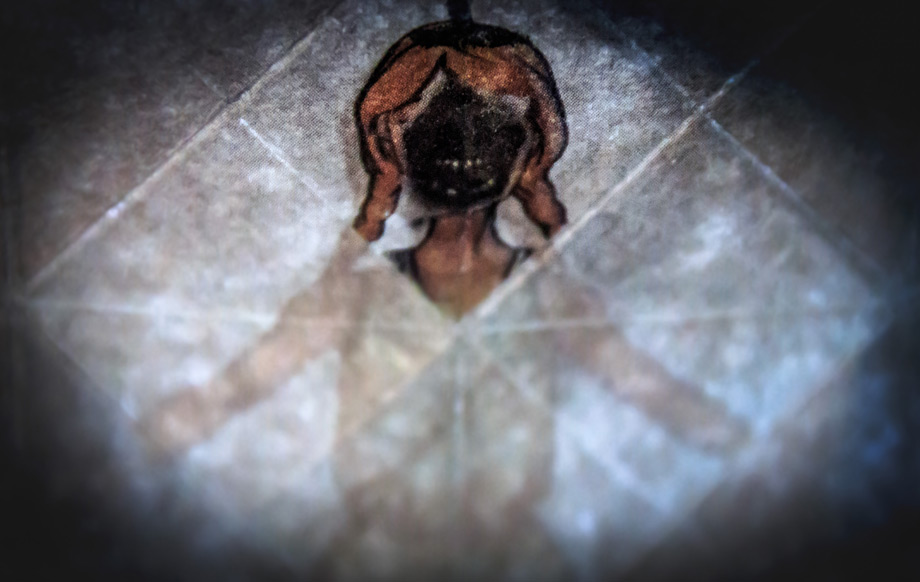 You get to play for 3 hours, which is a lot of time for a single escape room, this duration of play also helps justify the $42 MSRP (If I am willing to pay $10-15 for a single EXIT/unlock game for a 1 hour experience, $30-$45 seems like a fair range for a 3 hours game). Further, it has a lot more in it than just a deck of cards).

It was definitely a great game night at our house, and I would love to see more escape rooms that have a physical element in them.

I received this product for free in exchange for an honest, unbiased coverage, and for allowing ThinkFun to use the photos I took 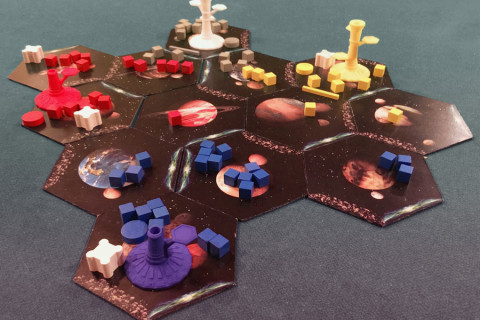 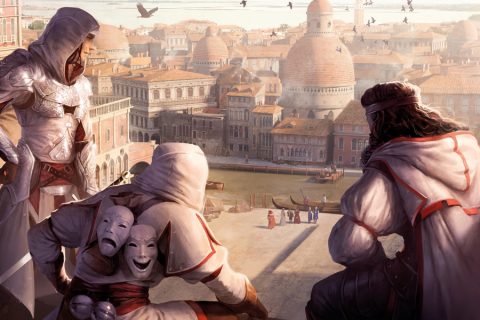 6 responses to “A spoiler free review of Escape the Room: The Cursed Dollhouse”

This is a really neat looking game! Thank you for your thorough review. It’s a shame that this is a game that you can’t really enjoy repeat plays.

True, but like most escape rooms it is a one time thing. At least you can sell it !

It’s really great. Thank you for providing a quality article. There is something you might be interested in. Do you know baccaratcommunity ? If you have more questions, please come to my site and check it out!
cxz

I’ve been troubled for several days with this topic. baccarat online, But by chance looking at your post solved my problem! I will leave my blog, so when would you like to visit it?

Your explanation is organized very easy to understand!!! I understood at once. Could you please post about baccaratsite ?? Please!!