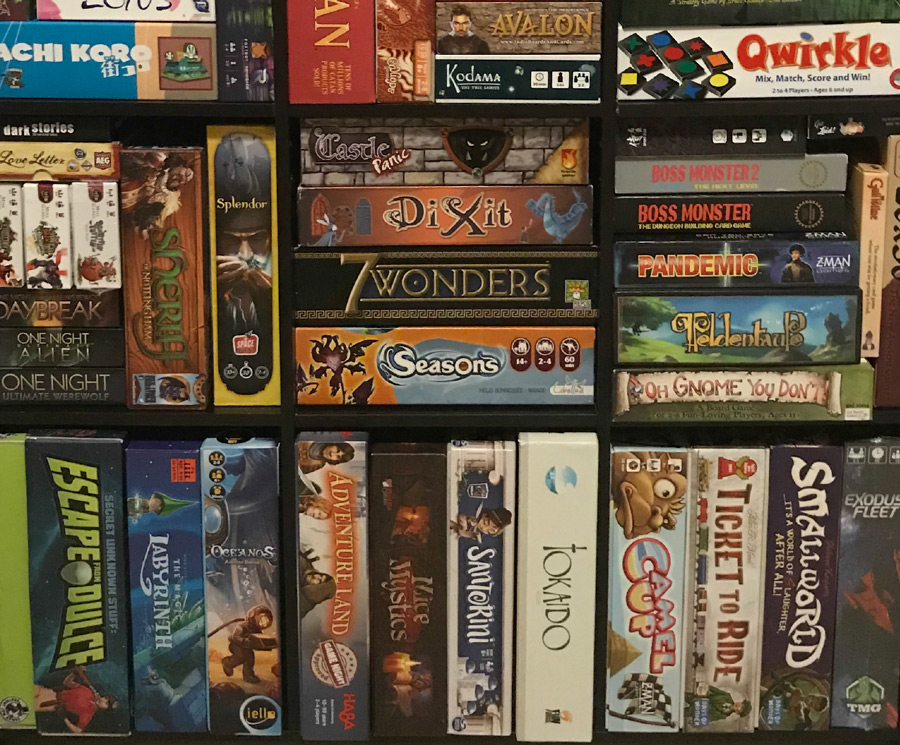 I’m Patrick, a father of four children whose ages range from 3 to 14. I’m an incessant reader and prefer fantasy, sci-fi, Stephen King, behavioral economics, and biographies (Tolkien, Seuss, historical figures, etc). I also like good comics, good beer, and good bourbon. My wife is also a board game enthusiast and has fond memories from her childhood where she would find obscure games at yard sales or bargain bins. 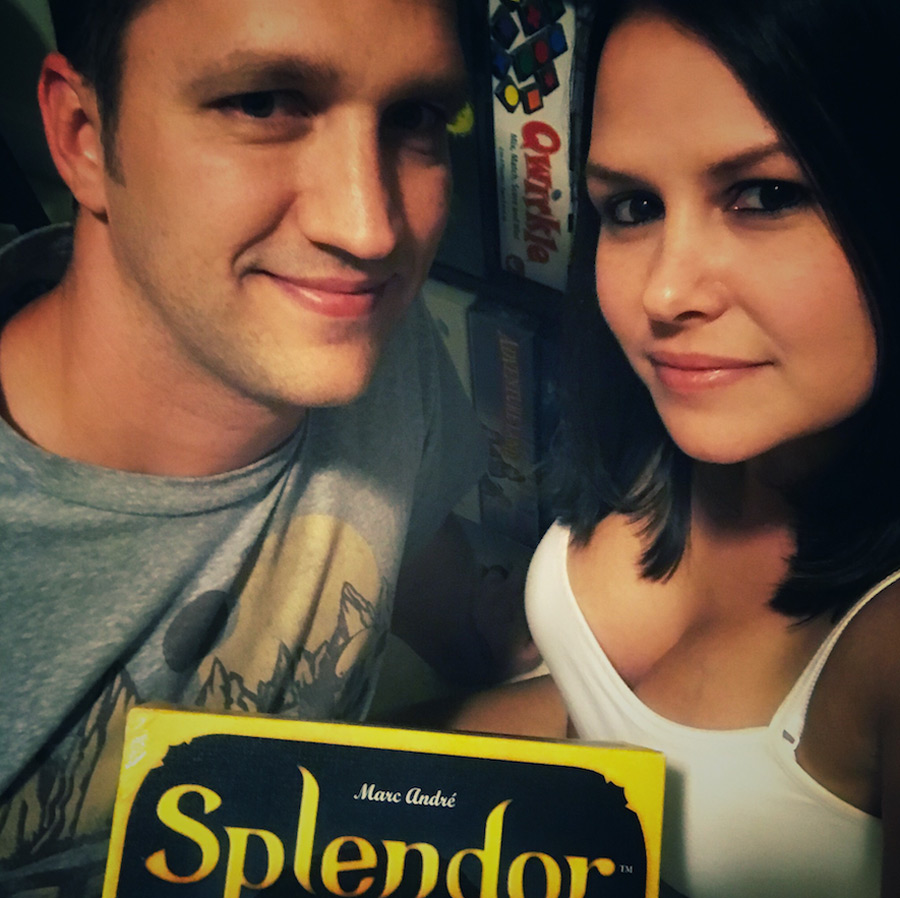 How did you get into this world of non-digital games?
That is largely the result of coming from a large family. I have three brothers and one sister and games were always an inexpensive form of entertainment. Back then game consoles (and their games) didn’t really support more than two players at a time and our Atari seemed to always be hit or miss anyway when it came to functionality. So we played a lot of card games like Uno, Skip-Bo, and rummy. My oldest brother is 8 years older than I am and he introduced me to D&D when I was around 11 or so. It quickly became my favorite due to its limitless options and the collaborative story-telling aided by the results of dice rolls. When I was in the Army in the early 2000s I met someone who was also a board gamer so I got introduced to even more games through him. He and I still play games regularly, including regular D&D sessions. 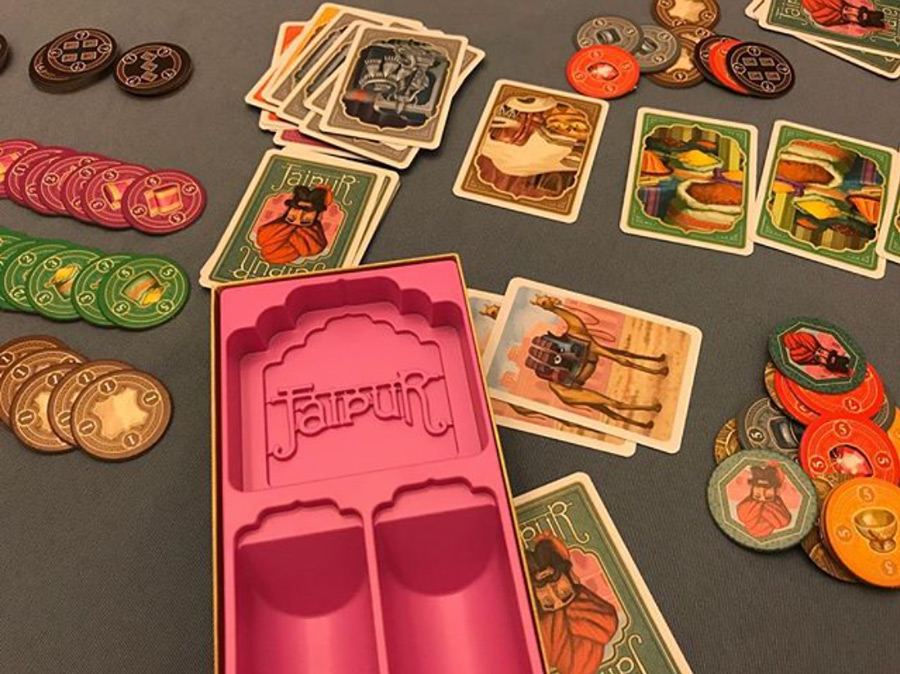 How often do you play?
Depending on our schedules with having four kids we can sometimes play nightly if it’s something quick like Jaipur, Love Letter, or Zombie Dice. But we try to devote at least every other Saturday for longer gaming sessions where we may sit and play 5-8 games in a night depending on how long each takes and how grouchy we all become during a more cutthroat game. I also try to run a biweekly Friday game session without my wife to run a D&D session with the kids since she’s not a big RPG enthusiast. Then I am also involved in two other groups that game every 2 or 3 weeks or so. 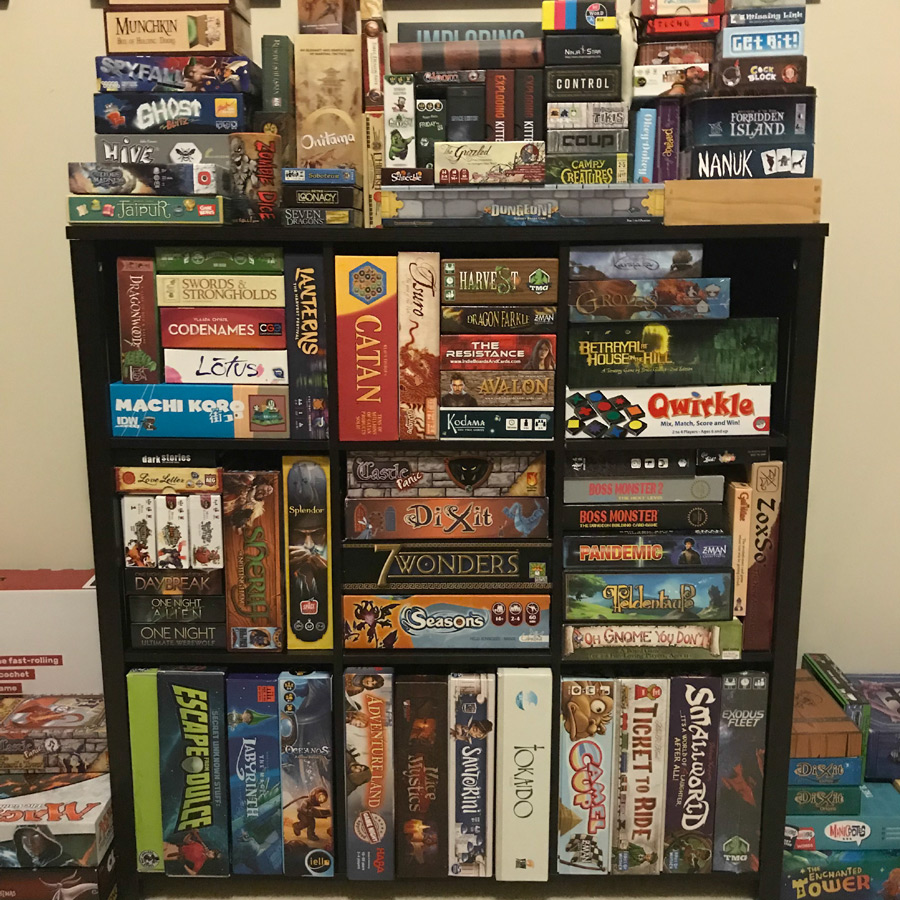 Can you tell us something about your shelves?
Sure. I usually get two different reactions when people see our collection. The first is usually, “whoa! That’s a lot of games!” and usually comes from our more casual gaming friends who are mostly into party games like Exploding Kittens or Cards Against Humanity. That’s if they’re gamers at all. The second remark is generally something like, “having a lot of light games is a good thing.” I don’t think that’s meant as a backhanded compliment by any means. We do enjoy simple to learn and simple to play games and for good reason. We have 4 children who like to invite over friends. It is much less stressful to sit and teach a few pre-teens how to play a light game and if they don’t enjoy it we can move on to something else with minimal fuss. Spending 20 minutes just to setup heavier game is reserved for more enthusiastic or seasoned players. Plus, the lighter games can be enjoyed by the kids and their friends without too much supervision from an adult if we are otherwise preoccupied. As you can see from the picture, our shelve is over-capacity so I’m about to upgrade to a couple of larger units. I will need to make room for bigger games as we start moving on to more and more complex games. 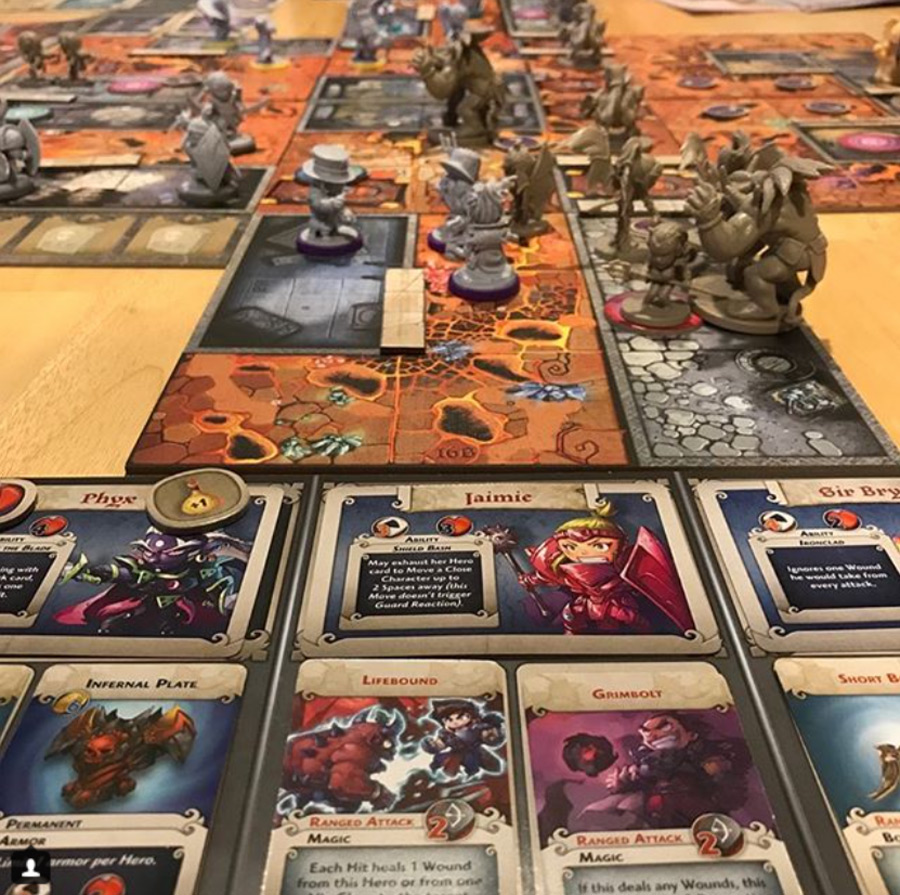 What is your favorite game at the moment?
This is always my toughest question to answer but I’m glad you asked for “at the moment” as that makes it easier. I recently played Arcadia Quest for the first time and really enjoyed it. I never bought it because I was worried I’d be the only person in my primary group that would like it. But after I played it a few weeks ago I’m thinking of buying it or some other miniatures game like it and seeing if we can get in some more complex games. It may mean fewer total games played but I think it’s a fair trade off. 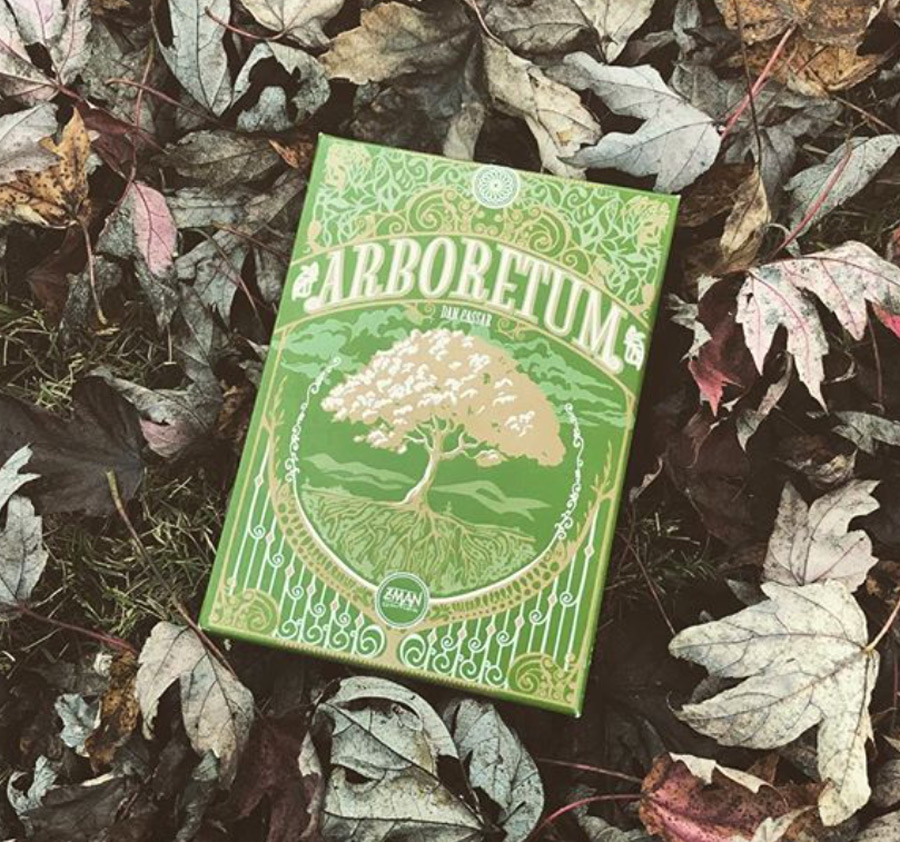 What is your most special or obscure game?
Another tough question to answer. One would have to be Arboretum. I had no idea when I bought it that it would become such a hard game to find. The art is elegant and the mechanics are nice too. Unfortunately, no one in my group enjoys playing it. Another is Heldentaufe. It was one of the first games I backed on Kickstarter and it recently got the Dice Tower Seal of Approval. It’s another hard to find one since production was limited. 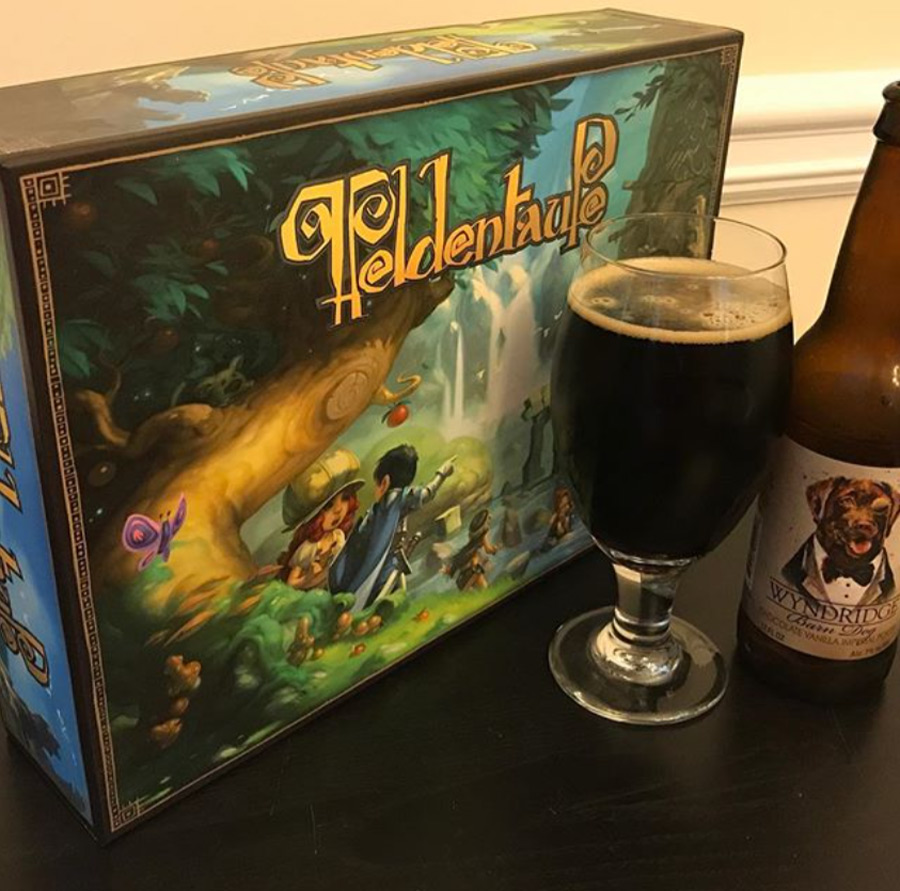 Thank you so much for sharing your story! Something you would like to add?
We have plans of growing in 2018 to include becoming more active on our website at nonzerosumgames.com as well as our Instagram and Facebook accounts @nonzerosumgames. The old Army friend I mentioned before and I are in early stages of developing a card game that we hope to finalize this year too. We’d been working on a more complex board game but have shelved that concept for now to focus on other things. 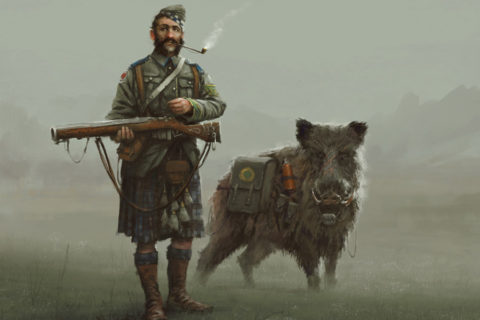 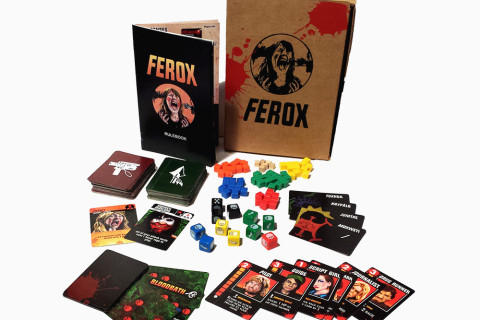 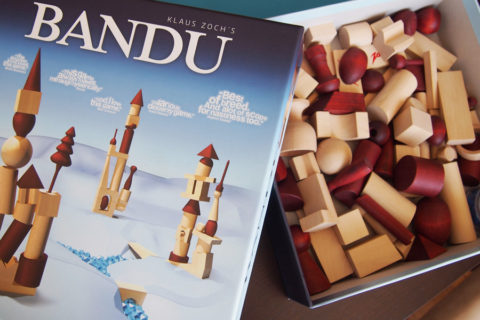